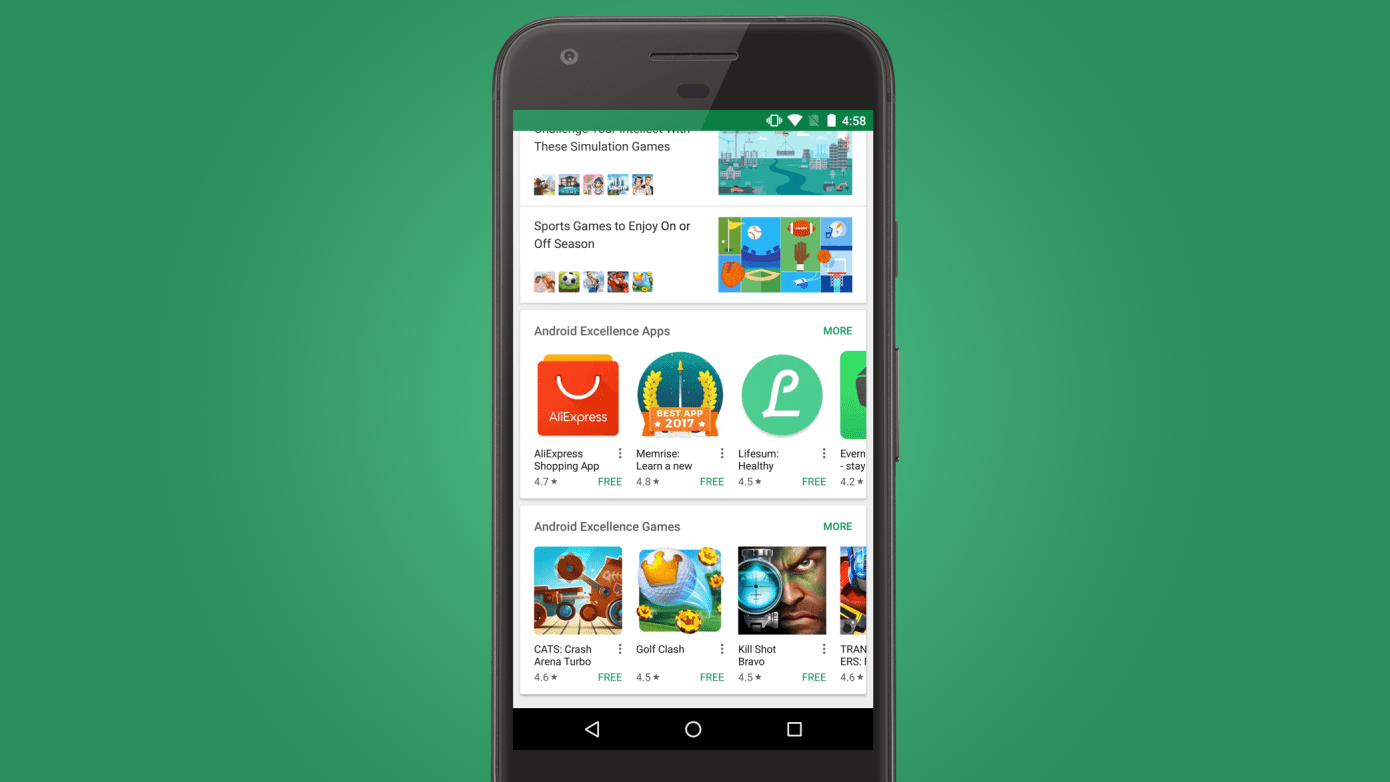 At WWDC this month, Apple introduced an entirely revamped App Store that puts a much greater focus on editorial, with plans for stories about the apps, how to’s, interviews, and more, in addition to regular postings of curated lists and “app of the day” type features. Today, Google announced its own plans to expand editorial involvement on Google Play, with the launch of its new “Android Excellence” program.

The idea with “Android Excellence” is offer Google Play’s editors the ability to showcase the highest-quality apps and games on Android on a rotating basis. Like Apple’s “Editor’s Choice” round-ups which often highlight new iOS features or are top-tier examples of great design, the new “Android Excellence” collections will also be used to highlight the sort of apps Google wants developers to build for its own mobile platform.