How ‘Doxxing’ Became a Mainstream Tool in the Culture Wars 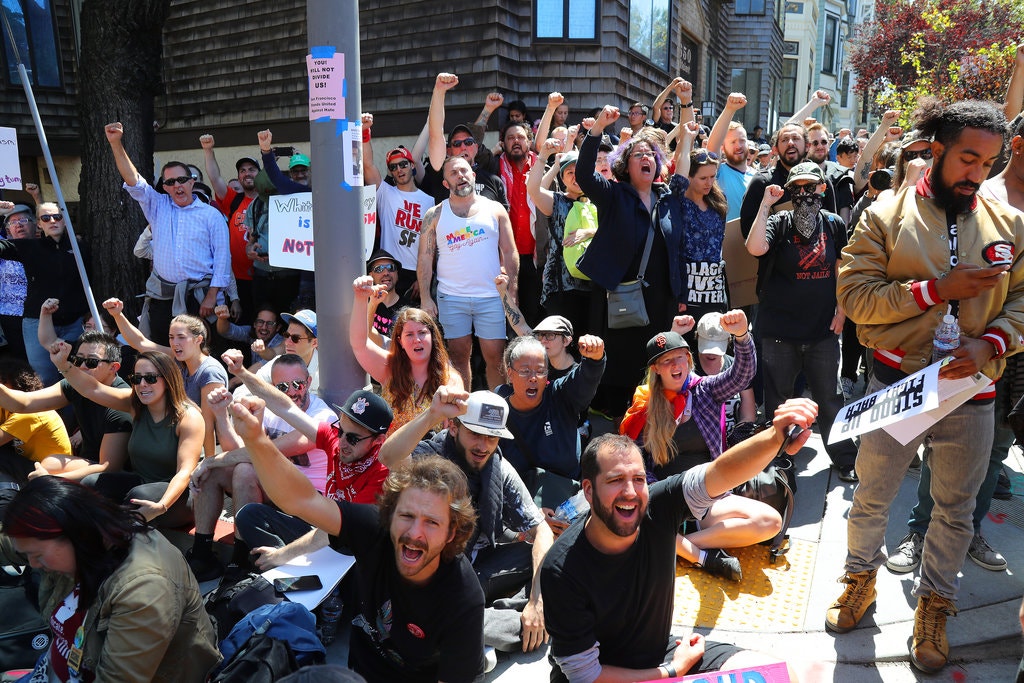 SAN FRANCISCO — Riding a motorized pony and strumming a cigar box ukulele, Dana Cory led a singalong to the tune of “If you’re happy and you know it clap your hands.”

“All together now!” Ms. Cory, 48, shouted to a cheering crowd in San Francisco’s Castro neighborhood on Saturday. They were protesting a rally planned by far-right organizers about a mile away.