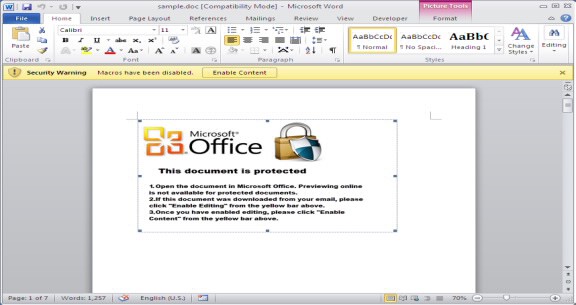 Another form of Microsoft Word malware that infects both macOS and Windows machines has been detected.

The malicious VBA (Visual Basic for Applications) code is buried in a Word document macro and automatically adapts its attack depending on the operating system used. Once installed, it can be used to download more payload files to your computer.

Macro malware is nothing new; it has been targeting Windows users for over a decade. Although the number of macro attacks dropped when more sophisticated infections were developed, there has been a resurgence in recent years for one big reason.

Because the attack is disguised as an innocent Word macro, it goes undetected until it is too late. If you’ve told your computer to open macros automatically, malicious code can be executed before you have any idea it’s there.