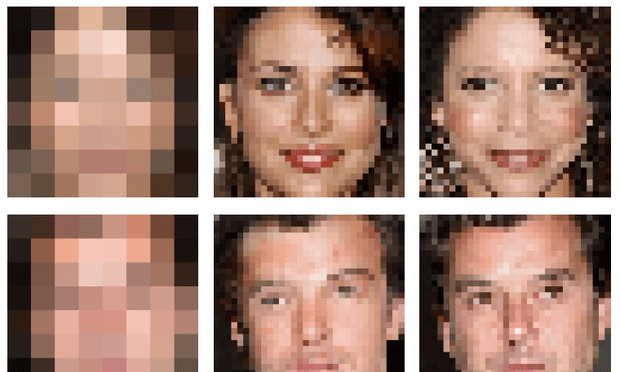 The neural network could be used to increase the resolution of blurred or pixelated faces, in a way previously thought impossible; a similar system was demonstrated for enhancing images of bedrooms, again creating a 32×32 pixel image from an 8×8 one.

Google’s researchers describe the neural network as “hallucinating” the extra information. The system was trained by being shown innumerable images of faces, so that it learns typical facial features. A second portion of the system, meanwhile, focuses on comparing 8×8 pixel images with all the possible 32×32 pixel images they could be shrunken versions of.