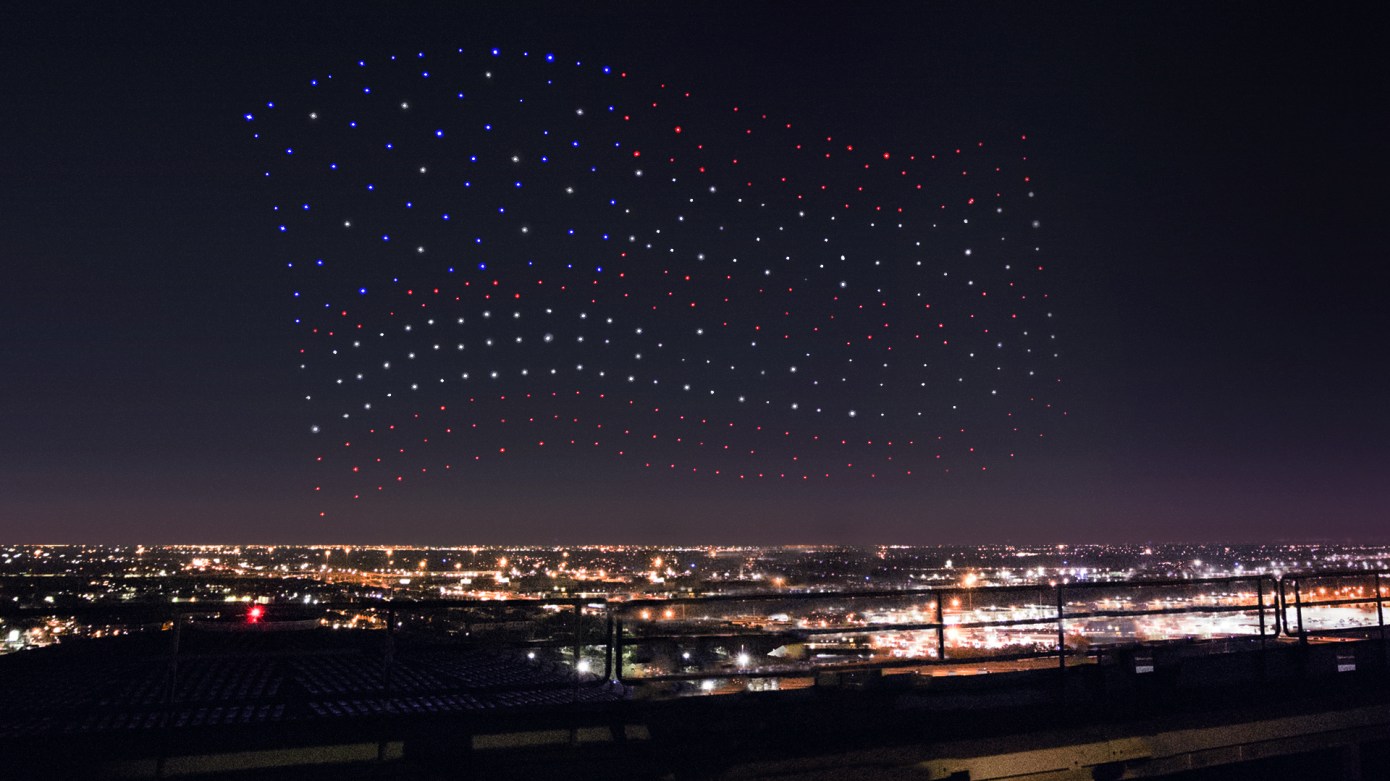 There were 300 drones dancing behind Lady Gaga during the Super Bowl halftime show. They’re called Shooting Stars and were previously used in a holiday show at Disney World. These hundreds of Shooting Star drones flash, fall and flock in unison and are all controlled by one person — or rather one computer.

This is the latest project in Intel’s quest to take drones from individuals to fleets. This is Ender’s Game brought to life. Just as in Orson Scott Card’s book, one person commands the group, sending instructions and monitoring the drones’ health. And Intel says its limitless in its scale, able to control more than 10,000 drones at a time.