Election Systems Are So Insecure, That Even An 11-Year-Old Changed The Results Of Florida’s Presidential Vote. 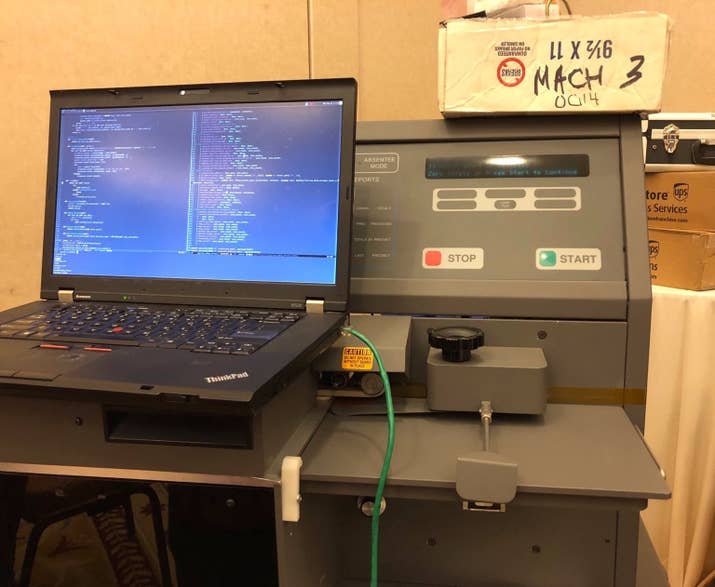 Election hackers have spent years trying to bring attention to flaws in election equipment. But with the world finally watching at DEFCON, the world’s largest hacker conference, they have a new struggle: pointing out flaws without causing the public to doubt that their vote will count.

This weekend saw the 26th annual DEFCON gathering. It was the second time the convention had featured a Voting Village, where organizers set up decommissioned election equipment and watch hackers find creative and alarming ways to break in. Last year, conference attendees found new vulnerabilities for all five voting machines and a single e-poll book of registered voters over the course of the weekend, catching the attention of both senators introducing legislation and the general public.

This year’s Voting Village was bigger in every way, with equipment ranging from voting machines to tabulators to smart card readers, all currently in use in the US.