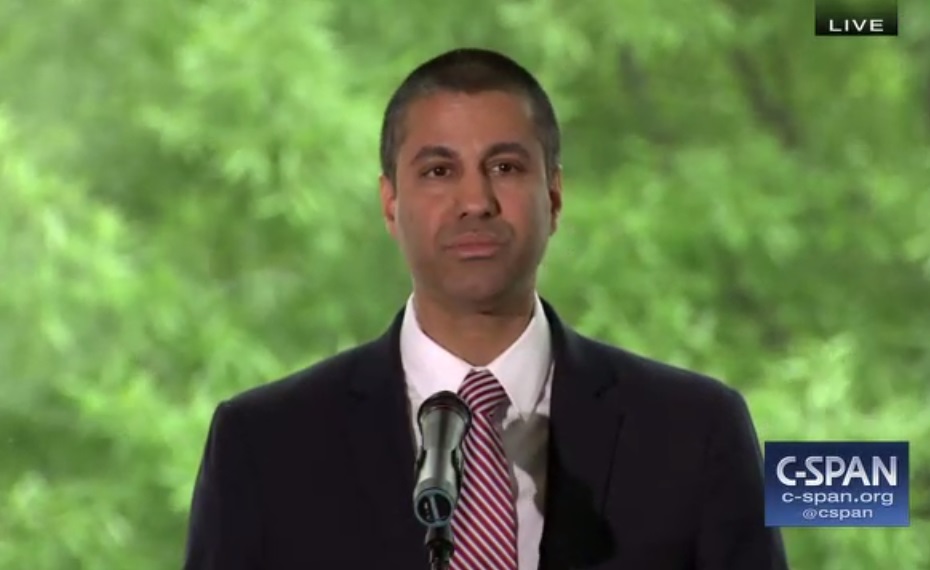 The chairman was introduced by speakers who talked of ending “nanny state regulation” that used a “1934 law meant for rotary telephone services,” and assuring the audience that “no one is against net neutrality.” One, noting that a dam had broken in California, warned against giving regulatory power to the same people who let that happen.