The End Of Net Neutrality Has Doubled Our Internet Speed Ranking! 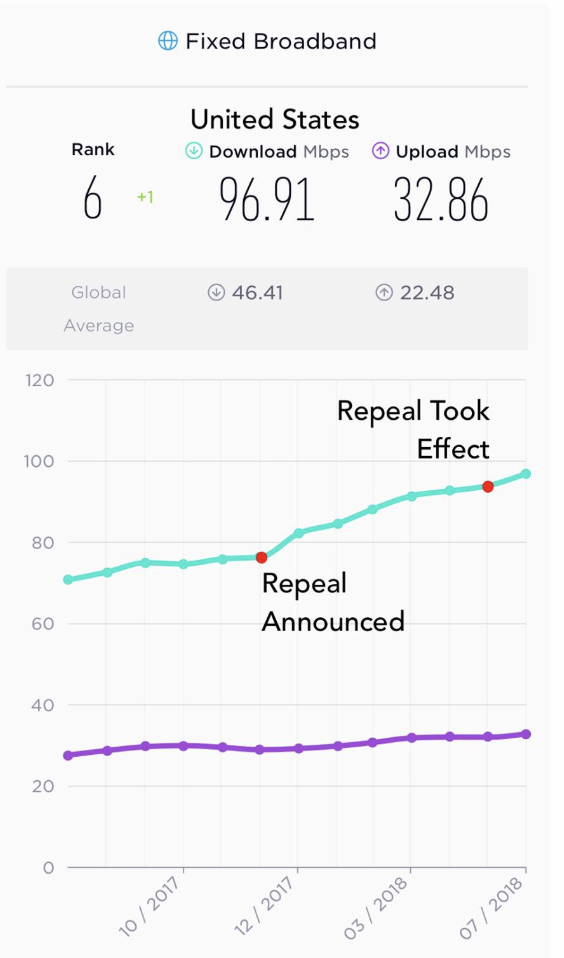 Since the repeal of “net neutrality” took effect on June 11, the U.S. internet speed has gone from 12th to 6th fastest in the world.
FCC chairman Ajit Pai announced late last year that he would be repealing the Obama-era internet regulations known as “net neutrality.” Following this announcement, the internet went into an absolute frenzy.